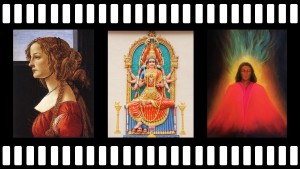 In medieval Europe, the Church has strengthened its position. The church law was as important as a civil law. During this period, there were famous chastity belts and numerous sexual behavior were banned and persecuted by the Holy Inquisition. Corporal cleanliness was necessary to preserve the esteem, the hymen has become the most valuable part of the female body and the parents would rather see their daughter dead than fallen. [3] The Middle Ages is at the end of the era in which there was the concept of “misogyny” that fear of female sexuality directly related to the increase in the number of women were accused of witchcraft. [5] The Church approved only monogamous marriage and the sexual instinct was described as devilish. In 1530 in the Protestant Reform carried out by Martin Luther provided the first divorce that involved Henry VIII of England and Catherine of Aragon. [4]

Adultery was a violation of the sacrament of marriage and the reason for its break. In pagan times and in countries newly baptized, punishment for committing adultery was initially often macabre (eg. The time of Boleslaw the Brave – by Thietmar * – Outbid in a public place adulterer sharp instrument scrotum with nuclei). Strengthening influences and the importance of the Church has mitigated the punishment. Secular courts sometimes dealt with adultery, but the greatest competence in this regard had ecclesiastical courts. In Poland there were no cases against witches, as in the West, where women liberated or accused of having relationships with the devil were burned at the stake. [1]

At the end of the fifteenth century in Europe, the first mention of sexually transmitted diseases, which already at that time were called venereal diseases. Widely considered to be punishments sent from Heaven for promiscuity. [4]

In India it established Ananga Ranga (love scene) – Indian love manual by Kalyanamalli – Indian poet and scholar, dating from the fifteenth or sixteenth century. Ananga Ranga based on Kamasutra. However, unlike the well-known “bible of love”, which speaks of love inside and extramarital, Ananga Ranga meets the couple, who live in formal relationships.  It instructs women (and men) who got married in a very young age. It teaches them to get to know each other, it shows a broad spectrum of caresses (embrace, kissing), divides in terms of temperament, dividing them into Padmini (woman lotus flower), Chitrini (woman art) Shankhini (woman shell) and Hastini (female elephant), talks about relationship between the phases of the moon, the seasons (or even hours) on a desire for sexual experiences. [2]

* Bishop, chronicler, author of the famous chronicles Thietmar, an important source for the German and Polish history.