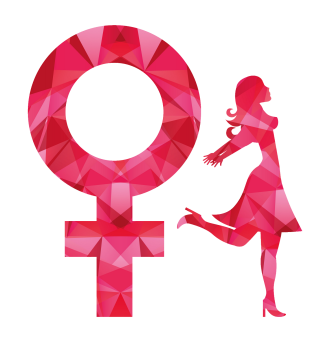 Not only the young have sex

Today, there is a belief that sexual desire and the desire for sex is the domain of the young, beautiful and rich. Modern research, however, shows that people aged 60 are still sexually active. Moreover, in the group of patients aged 75 and 84 years, people were active for nearly 40% of men and 17% of women. It turns out that despite the “menopause” people still feel the desire and there is a high probability that, people in age of 60 or 70 years would be sexually active, if they didn’t suffer from disease associated with aging. The same survey also indicates that the wealthier people, mostly women, exhibit higher libido than those who have financial problems.

Who has a problem with libido?

Television advertisements show that mostly men have problem with libido. Number of supplements which are available on the market, increase the libido but statistics show that men do not need to take them. Almost 30% of women have problems with the willingness to have sex, and this decreases with age. Physiological problems are the main factor. Hormones, overweight, diabetes, and some medications kill libido. Unfortunately, only a few women realize that, they should also take care about their psyche  (depression and side effects of medicines have bad impact on libido). Stress, chronic fatigue, distorted image of their own body (especially for people with eating disorders) and improper partnerships are factors which we may work on and notice relatively positive effects, such as sexual stimulation.

When we do not see the reason …

Sometimes it is hard to find an answer to decreased libido. Attempts of the rapprochement between the partners are increasingly rare, and this negatively affects to the relationship and even more affected by the lack of sexual potency. Then in the relationship can occur betrayal or deceptions. Therefore, good idea is to consult the problem with the doctor and choose the right way of treatment. Balance diet and healthy lifestyle also can improve our mood and situation in our bedroom. We should not forget about taking natural dietary supplements which can help to increase our libido. A lot of women think that dietary supplement for low libido are dedicated only to men, but nothing more wrong! A lot of them are dedicated to women too. There is many fantastic preparations based only on natural and safe ingredients which stimulate female libido perfectly.

Different causes have influence on our libido, but the most important factor is our partner, who shows understanding and acceptance, who will be not only a lover but also a friend who will help in the most difficult situations and be aware that the lack of desire for sex is not a reason to quarrel.

HOW SHOULD WE TAKE CARE OF OUR RELATIONSHIP?